Say It Ain’t So, Joe 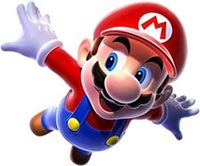 America’s Plumber is discovering the joys of being a media celebrity:

Turns out that “Joe the Plumber,” as he became nationally known when Senator John McCain made him a theme at Wednesday night’s third and final presidential debate, may run a plumbing business but he is not a licensed plumber. His full name is Samuel J. Wurzelbacher. And he owes a bit in back taxes.

“I’m kind of like Britney Spears having a headache,” says Joe. “Everybody wants to know about it.”

We suggest that Joe switch from Britney Spears to David Byrne.

Update III: Kos commenter: “There are 17 Robert Wurzelbachers in Ohio, mostly the Cincinnati area, in the Lexis database.” At which point we resort to Firesign Theatre: “The President of the United States is named Schicklgruber.”

Joe in the Spotlight [NYT, via Sully]

Well, let’s hope it is only his head that is shaved, then.

This is just too good. I’m going to quote a paragraph or two of this and just let it sit.

You see, Joe Wurzelbacher is apparently related to Robert Wurzelbacher. Who is the son-in-law of (are you ready…?) Charles Keating!

You see, Robert Wurzelbacher was an executive of American Continental Corporation, the parent company of Charles Keating’s Lincoln Savings. That’s the bank which caused citizens to lose their life savings and cost U.S. taxpayers $3.4 billion. As part of that scandal, Robert Wurzelbacher pleaded guilty to three counts of misapplying $14 million and served 40 months in prison.

And now, Lincoln Savings, Robert Wurzelbacher and Joe the Plumber are back with John McCain.

@nojo: And Joedaplummah might not even be a plumber: http://thecaucus.blogs.nytimes.com/2008/10/16/joe-in-the-spotlight/?hp

@chicago bureau: There are many competitors for the honor, but I think this is the moment the McCain campaign turned into farce.

Alright — anybody reading this post must sing the Super Mario Bros. music while doing so, per nojo’s suggestion via the picture. Just to make the absurdity more complete.

@chicago bureau: What I would not give for a warp whistle to jump ahead twenty days. Of course, this raises the question of which is the best Super Mario Bros. (Three, obvs.)

@Signal to Noise: My inner dadaist is loving this.

@nojo: I maintain one requires a finely tuned sense of the absurd to even enjoy politics in the first place.

@chicago bureau: Post updated again. Who knew there were so many Robert Wurzelbachers among us?

@nojo: I’m going to have to second Drinky on this.

@nojo: And to update that, this from a Kosovar:

“There are 17 Robert Wurzelbachers in Ohio, mostly the Cincinnati area, in the Lexis database.”

I’m playing Firesign Theatre albums the rest of the afternoon.

And here’s to you, Mrs. Robinson, Jesus loves you more than you will know…

@nojo: He still ain’t a plummah.

But it’s OK. “The creative act is not performed by the artist alone; the spectator brings the work in contact with the external world by deciphering and interpreting its inner qualifications and thus adds his contribution to the creative act.” (Duchamp.)

[Note: I got that quote from Wikipedia in response to Nojo’s reference to the dadaist vibe he had. I don’t want to go oh-for-two on this one single thing, so I will give you a fair warning about the reliability of Marcel’s (?) quote.]

@chicago bureau: I accept responsibility. I had a sneaking suspicion about the HuffPo post, and I should have stated it clearly in my update. (“HuffPo reports” is journalistic shorthand for that kind of thing, but civilian readers don’t know the editorial nuances.)

Besides, Sully fell for it as well. And he pretends to be accurate.

@Tommmcatt Yet Again: Have fun at Laguna. And the next time you visit a mission, tell the docent I’m sorry. I’m almost ashamed to admit what I asked the docent at the Monterey Aquarium. Let’s just say I hadn’t been diagnosed with bipolar disorder yet, and I was often quite, erm, rude.

I don’t think I’ve ever been to a mission in my enitre life. I’ve been on a missionary, does that count? (Insert Rimshot Here)