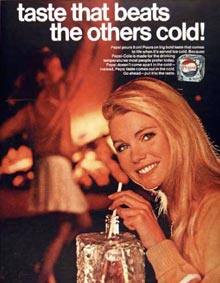 So, if you’d like to recreate the rebellious spirit of that year in time for the conventions, the place to fight the power is — Denver?

Let us be clear: the name is not “Recreate Chicago 68” or “Recreate the DNC 68.” The idea that “Recreate 68” refers specifically to the events of late August 1968 in Chicago has been put out by those who wish to discredit an organization planning peaceful, nonviolent protests by associating it with what they would have us believe was a violent protest 40 years ago.

Fair enough. As the organizers remind us, Chicago was a “police riot”, and nobody wants to recreate that.

Then why 1968? Why not revive the spirit of the Freedom Riders (1961), the March on Washington (1963), or the Voting Rights Act (1965) — historic events driven by “mass movements of people who demanded that America live up to its own democratic rhetoric”, as the organizers self-righteously proclaim? Why “recreate” the year we as a nation plunged into darkness?

Judge to Rule on Limits at Denver Convention [NYT]

Now that you remind us, Occupy Wall Street had better luck.

Yeah – you’ve kind of mellowed since you moved.

@JNOV: No, just haven’t seen this kind of vapid historical dumpster-diving lately. Not enough to bother myself about anyway.

But Trump does have a way of bringing out the Left’s worst impulses. I actually started a second post about the Chicago fracas, and I’m sure I’ll have an opportunity to revisit the subject in the months ahead.

I did ultimately mellow a tad about Occupy. But only because my eighty-something dad started talking about “the one percent”. They won.