Stinque
Home Latest Comments Log in
If it smells, we’re on it.
Stinque
Mastodon: @stinque@mas.to
Law dot Stinque dot Com, Some of My Best Friends 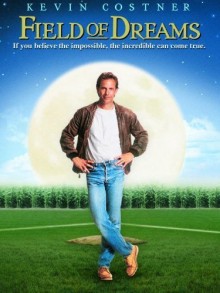 Posner is one of those guys with a very high opinion of himself — justified, in the case before him.

Wow, just wow! I love that the tone of this is basically, “Are you fucking kidding me with this horseshit?”

Contrast this with the opinion of the judge in Louisiana upholding the ban there – he manages to quote the dissent in Windsor, which, if I am not mistaken, is a good way to get your decision overturned.

I find myself torn. On the one hand this is something I never thought I’d see in my lifetime. On the other I can’t help thinking, What took you so long? It seems to me this is a debate that could perhaps have been settled in about 20 minutes on a rainy Thursday afternoon. A congressman might have spent the first Thanksgiving to which his son’s boyfriend was invited – or his daughter’s girlfriend – and seeing them together might have got to thinking. After making the suggestion there would be 10 minutes of jokes about why shouldn’t they be as miserable as us, another 5 about how it’s obviously the right thing to do, and another 5 working out how to break it to the clergy. Then everyone says yes and heads for the nearest bar. Instead, a brand new multi-million dollar industry was launched that has provided handsome livings for many who might otherwise, for example, be writing editorials for the Wichita Gazette. Instead of which they have offices on K Street that they are not about to give up without a struggle. The growth of the pundit/lobbyist class has proved a blight on the nation. So yeah, good for Posner.

The great benefit of the marriage movement, I believe, will be felt by young people who will enter an adult world knowing they can live their affectional lives in a more open manner than skulking in back rooms. Perhaps it might even put a dent in the suicide rate of young men in Utah. Or reduce the number of kids thrown out by their parents.

Sidebar: Mr Costner came to see a show I was in and sat in the second row beside Greg Harrison. The show just about came to a screeching halt because handsome. Though I gotta say, next to Mr Harrison Mr Costner bordered on homely.

@Benedick: It’s actually had the effect of increasing the number of kids thrown out by their parents. Rolling Stone is calling it a hidden epidemic. Be warned before you click, the stories in that article with make you both headdesk and weep at the same time…

By the way, do you know BD Wong? Can you get me a pair of his underwear? For science.

@Tommmcatt Au Gros Sel: Christ on a croissant, that sure was a depressing send off into the weekend. Is it drinquey time yet?

@peggynooner: Sorry. I thought it needed attention, though. Can you imagine doing that to your own child? The depth of hate that that requires is beyond me.

@Benedick: Still waiting on those shorts, dude. Boxers or briefs?

@Tommmcatt Au Gros Sel: I cannot imagine it. My own parents certainly had their hands full with a house full of knuckleheads, do-nothings and layabouts, but never in a million years would they have cut off any of our Esso cards (yes, I’m from the Stone Ages).

@peggynooner: The thing that bothered me about the one girl is how one day her parents were talking to guidance counselors trying to figure out how to get her prepped for law school, and then after she comes out they won’t even talk to her to let her know she’s cut off. How do you go from one extreme to the other like that – it’s like she was a defective race horse or something. Unreal.

@Tommmcatt Au Gros Sel: Insane. Revoke their parenting cards, rip off their faces and make them go to the club with open wounds full of maggots.

@peggynooner: Keep your Esso out of my Enco!