God and Man in Arkansas 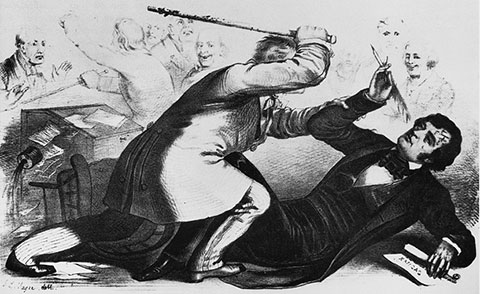 “I’m not ashamed to say that I believe in God, and I believe in His word. The Bible teaches us no one has all the answers. Only God does. And neither political party is always right. This is my compass. My North Star. It gives me comfort and guidance to do what’s best for Arkansas.”

Sure, we can quibble — why would anyone in Arkansas feel ashamed to profess their belief in God? — and we might be curious about what specific guidance the Bible offers politicians, unless they plan on implementing the rest of Leviticus, but what Pryor says strikes us as little different than anybody else being deeply inspired by what they’ve read.

It’s almost squishy, really. And given that Pryor is a Democrat, that might be a problem:

NRSC communications director Brad Dayspring emailed reporters to say that statement contradicts one Pryor made last year, when he said the Bible “is really not a rulebook for political issues” and that “everyone can see it differently.”

“So is the Bible Mark Pryor’s compass, providing the ‘comfort and guidance to do what’s best for Arkansas?’ Or is it really not a good rule book for political issues and decisions made in the Senate? Guess it depends on which Mark Pryor that you ask,” Dayspring said.

We have no god in this fight, but we’re finding it really hard to find a contradiction between “guidance” and “not a rulebook”. Certainly nothing you could poke, say, a camel through.

But fine, you can argue that splitting angel hairs is the job of a GOP flack, and turn the other cheek. Or you can consider the gauntlet thrown, and ramp that shit up:

Despicable! Shameful! Did we miss something? The flack is clearly stretching — and failing — but in the annals of mudslinging, it’s barely a dust bunny.

Then again, Pryor’s challenger was sufficiently spooked that his flack really did step up and denounce:

“That is an incredibly bizarre and offensive email from the NRSC’s press secretary. We should all agree that America is better off when all our public officials in both parties have the humility to seek guidance from God,” Cotton campaign spokesman David Ray told The Hill.

But look where we ended up: In mere hours, we went from a softball I Heart Jeezus ad to an Apocalyptic Calamity, with more vitriol than a YouTube comments thread.

And it’s only December. The election is eleven months away.

We don’t know what the God-fearing people of Arkansas think about this — they probably just ignored the whole thing — but it’s a fine example of what Dana Gould calls Professional Wrestling with Ties: Everybody makes a big show of scoring points off each other, and nothing happens.

So the next time you hear high-minded tut-tutting about American apathy, remember that we’re no fools: If we’re looking for contrived drama, we’re better off watching any given reality show.

England sent us the religious idiots, and Canada the French, and Australia the convicts.

If Mark Prior doesn’t cotton to what Tom’s minions are saying about his love of Jeebus perhaps he could bring up Cotton’s alleged fondness of goats. Or will he save that for late October of 2014?

So this is a real place is it? I’ve never been and always suspected it might be a fictional device like, for example, the Pequot: you have to have it for the story to happen but it’s not necessary by itself. I suppose if it’s real that real people live there. And they have Hopes, and Dreams, and Fears. Disturbing. It’s a little like discovering there are two direct flights daily from JFK to Erewhon.

@Benedick: Quite. I grew up there, and I can assure you that it is totally removed from the Real World and may as well be fictional. My childhood coincided with Bill and Hillary Clinton’s insane and evil rise to power, as he was governor longer than Margaret Thatcher was prime minister (approximately 9,000 years). People still can’t stop thanking us for unleashing that power-crazed psychopath and notorious drug-dealing, lesbian assassin upon the world.

That said, the people and politics of the state are an extremely complex blend of Democratic populism, far-right, whackadoodle, RepubliKKKan nativism, and good ol’ Southern Hospitality (TM). Notable Arkansans include E. Fay Jones, one of the best architects in the world, as well as the Waltons, the Worst Family in the World.