16 “Unsettling” Facts About NYC and Hurricanes 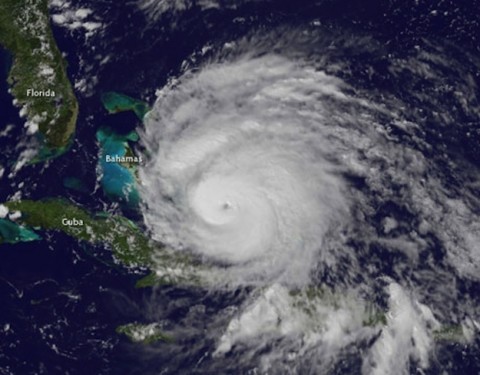 So maybe Hurricane Sandy (sounds harmless, no?) will hit us here in Manhattan. Buzzfeed shows us how utterly unprepared we are … for instance fact #4?

A category 2 storm could put JFK airport under 5 feet of water.

Just … great. Glad I live on high ground on the 9th floor.

Just got in. Lowe’s already sold out of D cell batteries. Found some in Home Depot. Piles of LED lanterns, Generators at $800 are flying out the doors. On the way home I stopped off to buy drinking water. Big displays set up for the weekend. If worse comes to worst we could see no power for two weeks.

The good news is, imagine what great shape you’ll be in after a couple of weeks of walking up and down nine floors.

My kid is in the direct path if it stays on course. He won’t go far enough inland. Scared to death.

@Benedick: Check your email before you get swept down the crick.

Recall that the extent of my damage from Irene was 1/4 cup water coming in under the bedroom air conditioner. Will it be different this time? FSM only knows …

@RevZafod: of our 2 elevators, one is already broken … but it could be worse, used to live on 38th floor in UWS South Park building (yes, that’s what it’s named).

@blogenfreude: If the predictions are correct, you guys are going to get a sprinkle compared to the Delaware Valley. Take a chill.

@JNOV: Agreed – I am not terribly worried, but if it turns up here, it’ll be a mess. Subways closed, docks and low-lying areas flooded … but again, not expected.

@blogenfreude: The full moon is Monday, and it’s probably going to hit the DE Valley on Tuesday. Then it should lose strength and be downgraded to a tropical storm depending on what category hurricane it is when it hits land. This is the best site for major storms: http://www.wunderground.com/tropical/tracking/at201218_5day.html

Leeds Bay between the NJ barrier islands and the mainland will flood east and west. The ocean surge will damage beaches and boardwalks, but the real problem for NJ are the back bays.

For Irene, we were evacuated east of Route 9 on the mainland. They will probably evacuate NJ a good ten miles west of 9 this time. The power lines are mostly overhead, so that’ll be a HUGE issue especially with falling trees.

Manhattan will get a surge, but because you don’t have much of a back bay between you and NJ, you’ll flood some, but the wind will probably be more of an issue. All major airports are near water, so that’s kinda how it is no matter what. Long Island might suffer like in 1938.

Your electric grid is better than most, and you’ll be able to siphon off power from other grids unlike most other cities, especially those in the South. You probably won’t lose power for more than a few days if that.

Tape your windows and stay away from them. You’ll be fine.

@Benedick: This Frankenstorm is just an excuse for you to buy all that good stuff.

I do want my kid out of Southern NJ. I tried to send him to boring ass Harrisburg. He could be in bad condition if he doesn’t go west of Philly b/c the Delaware will probably surge, Philly will lose power, and trees (yes, we have those) will topple big time. But who listens to their mother? Wait until he can’t charge his cell phone.

@JNOV: Get him a Red Cross Radio – charges your cell phone w/ a crank!

@blogenfreude: Right. But it’s a little too late for that. I’m in Seattle. He’s in Galloway, NJ. So, yeah.

Total change of subject. Have you guys read this. Not sure why I’m thinking about it. Maybe because I’m worried.

@JNOV: Seattle? For good, or for now?

@blogenfreude: For good. Best move ever. :-)

ADD: Well, I’ll reevaluate that after we fall back an hour and never see the sun. But for now, every time I see Mt. Rainer, it’s like seeing it for the first time.

@JNOV: As a Floridian (off and on for many years) I cannot advise taping windows. As far as I can tell it doesn’t do any good and is the devil to get off. The first time we were threatened with a tropical storm/hurricane, I taped up our bookstore windows. Big mistake. If you think any flying objects are headed your way, get some shutters or plywood. Good luck!

I haz batteries and water. I haz tuna. I haz petrossian caviar. I haz champagne. I think I’m set. Bring it on Odin, you trickster. Gudrun has so got your number.

It’s all about D cells.

Assuming you have power and/or batteries, here’s some “midst of the storm” inspirational music for those in Sandy’s path.

@blogenfreude: of our 2 elevators, one is already broken … but it could be worse, used to live on 38th floor in UWS South Park building.

Obey my authoritah! Walking is good for you. Or is this The Big Bang Theory? I’m confuzzled on what sitcom this is. Anyway, got the popcorn ready to watch from Texas when it hits.

@RevZafod: Big 2003 Blackout, I was working on the 50th Floor of the GM Building at 57th and 5th – had to walk down 50 floors to be able to walk 20 or so blocks to get home. My legs the next morning were seized – good thing the power was still out and I didn’t have to go anywhere.

@BobCens: As far as I can tell it doesn’t do any good and is the devil to get off.

Shhhhh…I know that. I just wanted him to feel better.

My kid’s school is closed until Tuesday. Probably longer. I try not to think about it.