Stinque
Home Latest Comments Log in
If it smells, we’re on it.
Stinque
Assholes, they do vex us.
The Majesty of the Law 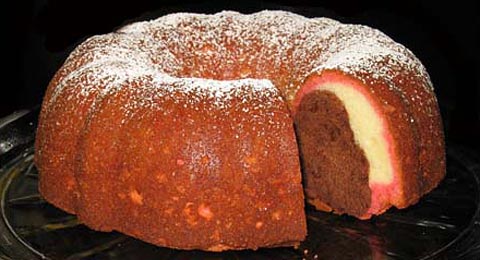 I don’t get the photo or the alt text. Maybe too many cow farts in the air today.

But I did hear on NPR this morning that one of the leading candidates is Solicitor General Elena Kagan, to fill the Jewish lesbian seat.

@Dodgerblue: I don’t get it either. But then again, pictures of food always throw me off.

@Dodgerblue: She’s a lesbian too? Dang, they’re everywhere. There’s already a couple Jews on the court, so don’t need that.

Besides being the only Protestant left on the Court, Stevens is the only Justice who is a veteran. I think that was responsible for some of his perspective on the national security cases.

You know who I’d love to have Obama nominate, but I know could never make it because of past positions? Erwin Chemerinsky. That man’s brain is amazing.

Though I’d sell popcorn to watch the Pam Karlan v. Antonin Scalia smackdowns. Reason enough to finally get the oral arguments on C-SPAN.

Did you take the Barbri class for the CA bar where he was doing the ConLaw lectures without notes for three days straight? Dude has a photographic memory and is a prolific writer.

And about five or six years ago my colleagues and I had a very esoteric Con Law question we couldn’t figure out, and so we emailed him out of the blue to see what he thought, he didn’t know us from Adam, but we explained what we did and why we were writing and he was so generous with his time and responded with a great analysis and insight into the legal point. How fucking cool is that?

@SanFranLefty: It would take a lot of chutzpah to nominate Erwin. Plus he has a massive paper trial of op-eds etc and, unlike the claims made by many of the recent clowns, has opinions on most of the important issues the Court is likely to take up.

@SanFranLefty: I’ve heard Erwin speak in public a number of times. I have never seen anyone so good at taking a really dumb question and reformulating it into a smart question in a way that makes the (dumb) questioner feel good about him/herself.

@Dodgerblue: So what are you trying to say about our esoteric Con Law question? :)

@SanFranLefty: I’ve worked on a couple of cases with him. His knowledge and generosity are off the scale.

@Dodgerblue:
“has opinions on most of the important issues the Court is likely to take up.”

Here’s what she had to say about it in her speech to last year’s graduating class at Tree Law:

Would I like to be on the Supreme Court? You bet I would. But not enough to have trimmed my sails for half a lifetime. Sure, I’ve done lots of things I regret over the years. But the things I regret aren’t the things that keep someone from being nominated or getting confirmed. I regret being unkind to people I love and respect and admire. I regret getting frustrated by little things. I regret never taking a summer off. I regret not being able to stick to a diet. But I don’t regret taking sides on questions involving the Voting Rights Act. I don’t regret helping to defend the constitutional rights of criminal defendants. I don’t regret litigating cases on behalf of gay people. I don’t even regret being sort of snarky.

@SanFranLefty: Nice. Did she say “and Sen. Shelby can kiss my ass”?

@SanFranLefty: Yup. Had him for Barbri.

@Dodgerblue: My Xanax consumption will probably be cut by half now.

The crucial calculation that Obama will have to make is what kind of political capital he wants to spend on potentially contentious nomination hearings. Republicans on the Senate Judiciary Committee have signaled that a candidate with a paper trail on divisive social issues could create a firestorm.

My edits. “Obama nominates” is all that’s needed to start the circus.

@SFL: I have only three requirements — liberal, gay, and Tree. In this vein, may I suggest Kathleen Sullivan as well? Whatever else happens, Black Eagle should just throw down the gauntlet and let slip the dogs of war.

(But, of course, he’ll just nominate Diane Wood, forgetting again that the GOP will still claim that the pick is a weed-smoking, free-loving dirty hippie even though the pick is as conventional as the seventh-inning stretch.)

@chicago bureau: Not sure I’m buying the “liberal” for Sullivan. More of a corporate liberal, no?

But you know, the GOPers are going to hate on whoever he nominates, even if it’s an anti-choice anti-ghey white man.

So to continue your baseball metaphor why not go balls out and swing for the bleachers and nominate a youngish, openly liberal bad-assssss? Who may or may not have teh ghey? [You know even Kagan will get questions about how she’s going to vote on Prop. H8 and there will be squealing about how anyone with teh ghey should recuse themself from the case].

Therefore, if Barry is swinging for the bleachers, that reopens the short list to include Sullivan, Karlan, Chemerinsky, and what the hell, Dodger, SFL, RML, JNOV, ChicagoBureau, Bloggie, JamieSommers…

Speedos for all of you! When should we schedule the taping?

@SanFranLefty: RML on the Supremes. I think you may have something there. Whom do we know in the Obama admin? I know Nancy Sutley, head of the CEQ, but she may be supporting the Jewish lesbian candidate for reasons you can probably figure out.

@Dodgerblue: I think RML on SCOTUS would be awesome. Just think of the Second Amendment discussion at confirmation hearings.

What about HillBot for SCOTUS? Or is she considered too old?

@Dodgerblue: I think it’d be a very savvy move by Black Eagle. She’s a former Senator and was confirmed for SecState, so some of the Republicans who know her personally and have worked with her for years may take pause before shitting on her for the cameras. While she’s still on Team Obama and singing kumbaya, you never know if she might suddenly bolt and try to mount a challenge to him in 2012. She’s passionately liberal on most social and civil rights issues. And for better or for worse, she’s been around for so long that people already have their opinions of her and know what her opinions are, and so it’s not some mysterious person that they’ve never heard of being painted with a false brush. So the nomination/confirmation process would not be as drawn out.

Downside: her actual legal career is best known for Whitewater drama, who knows what type of scholar she might be.

But I’m not the only one throwing it out there.

ADD: BTW, I loved the suggestions of Bryan Stevenson (who is AMAZING) and Elizabeth Warren in the Slate piece.

@SanFranLefty: It is an interesting idea. I think she would do a good job and would not be a loner like Souter was.

If Eliz Warren were nominated, financial industry execs would be shitting bricks.

Speaking of the majesty of the law, this kid with a shaky grasp on the law would be a fantastic junior associate for Orly Taitz’s firm.

@SanFranLefty: What was the question?
@JNOV: Yay!!!!
@SanFranLefty: Yeah, but this is an election year and she can still make every last one of those primary voters turn redfaced and screechy at the mere mention of her name.

Hell if I can remember. Whatever it was, we didn’t use it as a basis for a claim.

@SanFranLefty: Some law school this kid went to.

@SanFranLefty: Lo is to jurisprudence what Tiger Woods is to television advertising.

This guy has really conquered all frontiers in narcissistic cluelessness.

TJ/ Did you guys read about the the poor Duke 3L who passed out during oral arguments? He recovered well.

Conventional wisdom on “spending political capital” is so fucking fucked up, its horseshit.

CW seems to think “political capital” is a zero sum, you only have so much, and you use it up if you fight for something. Bullshit.

Picking a bold position and fighting for it can BUILD, gain political capital, as much as it can spend or reduce political capital. This idea that you have to guard and sit on, and meagerly dole out “politica capital” on winnable fights, its fucking retarded.

Its craven, cowardly, and timid, and timid, in politics, has never, ever worked. Audace, audace, always, audacity, thats what wins people over, cautious incrementalism has never won popular public support, ever, ever, ever.