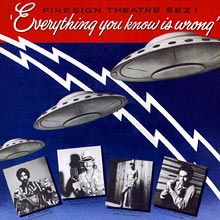 Despite what you’ve been told by mainstream historians, no evidence exists that Lincoln flew the chute in the United States, and was thus a natural born citizen. The only “proof” that Abe was born in Hardin County, Kentucky, was provided by Lincoln himself — just before the 1860 campaign. Clearly he was “sanitizing” his past in expectation of the presidential nomination.

The consequences of this extraordinary discovery are paradigm-shattering. Not only is the Civil War retroactively nullified, so is the Republican Party. And since we have no contemporary documentation of Lincoln’s Kentucky birth, we must presume he was a Manitoban Candidate sent by Canada to secretly annex the United States. Even our currency is under siege — we strongly recommend you send us all your five-dollar bills for safe disposal.

The pennies you can keep. Either way, they’re still worthless.

The History Of Birth Records [VitalChek/isnare]

Only if the Demrats of the era knew that.

You’ve exposed our Brit/Canada City plot to fuck up the US America and keep you nation from realizing its potential. Abe was born Nigel Haussenpheffer Hampshire the XXI from South Kilttown Campbellford, Scotland The whole free the slaves bit, brilliant. Then turning a once proud party into a party of imbeciles, morans, racists and krazees? Bonus.

@ManchuCandidate: No Scot was ever named Nigel. It is a quintessential English name. And the Scots hate the English. Apart from that, carry on.

Well, this certainly explains the national socialist tendencies of the Lincoln presidency. Now, GET OFF MY TELEGRAPH!

@Nabisco: Plus his attacks on Southern patriots and state’s righters in the unlawful war to deprive them of their God-given property rights in their slaves.

Speaking of teh morans, one of the few remaining moderate Republicans in Congress held a town hall meeting with the GOP base. Great hilarity ensued, including this criticism of swine flu vaccines from an amateur scientist:

“You think I’m going to trust you to put a needle full of dead baby juice and monkey kidneys? Cause that’s what this stuff is grown on, dead babies!”

@SanFranLefty: If chicken eggs can defined as having “dead baby juice”, well alright….

I’ve dodged some emails from wingnutty relatives who are trying to palm off an alleged visit by Obama to Pakistan in 1981 – he would have been 17, right? – as proof that he’s not a native citizen because Pakistan was on a “don’t visit” list and therefore he must have used a British passport therefore HE CAN’T HAVE BEEN BORN IN HAWAII!11!!*

*sorry, but teh stooopid of the email strings has carried over to my comments. Carry on.

ADD: @SanFranLefty: Has anyone ever scored two consecutive days on the NojoWire?

@Nabisco: I don’t keep records, but Jamie had a run recently.