Tennessee Finally Catching Up to the Rest of the Country in Freedom, Dangerousness 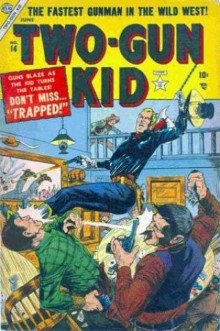 The news here is not that Tennessee has passed a law allowing gun possession in bars and restaurants.  The news is that there are still twelve entire states that do not allow American Patriots to carry a gun into the local Chili’s. That’s 12 stars we’re going to have to remove from the flag.

This will go well together. Like Cheez and chocolate.

I look forward to reading about drunk patriots shooting each other over who gets the last pickled pigs foot.

Meanwhile, to the south of Tenn., we have the right in Georgia to pack heat on public transit — which causes a major problem if you want to take a MARTA train to the airport, where homeland security will perform a body cavity search on you. But, don’t dare eat a turkey sandwich on the train. It’ll get you ticketed.

This came up a few years ago in Arizona and was eventually vetoed by then-Gov Napolitano. The bill was the subject of a funny segment on the Daily Show.

I’ve heard the state legislature is trying again this year now that there’s a republican governor.

Lefty is kicking my ass ass in Scrabble. Clearly, this means WAR!!!!! Stinquers, we must take down this terrible board game tyrant.

@Also sprach Tommmcatt: Unless Wordscraper permits the trading of tiles directly with the other player (a mellbell family rule), I’ll pass.

Hell, that ain’t nuthin, check out this ad for a traditional Kentucky Gun-Range wedding: http://www.flickr.com/photos/francopoli/3554928514/

Nothing says I love you like full automatic, it says.

@rptrcub: If people aren’t allowed to bring guns into bars, they will be sitting ducks for those who bring guns into bars. Or something. If only all the kids at Columbine were armed, then there would never have been a mass murder rampage. Instead, there would be dozens of accidental and purposeful shootings and killings every year, producing over time a far higher death toll.

Again, what could possibly go wrong?

@Mistress Cynica: Alls I know is that given the latest news, I’m going to (continue to) avoid church and do all my drinking at home.

If the yahoos kill each other off, isn’t this a good thing?

@Nabisco: Word. Still in the South. Making a break for the border tomorrow. Georgia here we come! Oh wait.

Your armorer thinks this is a fucking stupid idea. Me and my boys disable the shit before the pops get topped. Again, wrongwrongwrong. jeezusfuckinhell.

Yes, I did do a 6 hr road trip at the end of the day after getting up at 2 am because I was freaking out over a hearing and have slammed a martini and a Guinness once home.