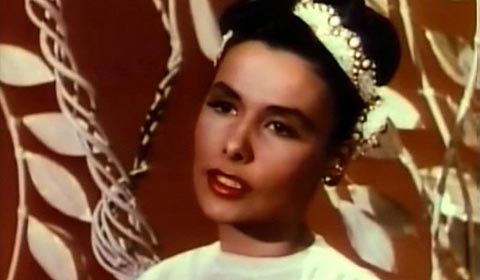 She was the real deal and a very considerable person. The bio reminds us of the long shameful history of black and white America and of how it began to be corrected first by musicians, writers and actors. The New York colony in Hollywood makes me think of the ex-pat colony in Paris around the same time. There’s a very, very touching detail about Billy Strayhorn, an honest-to-God American Mozart, and major force behind the Ellington canon whose contribution is still not entirely acknowledged (Strayhorn wrote Take the ‘A’ Train, among many others).

One detail which is confusing is that it seems to imply that Lena Horne played Julie in the first movie version of the musical Show Boat: she didn’t, of course. It was in fact? class? yes, anyone? yes, you, gay boy up the back? Helen Morgan? yes, correct. And yes, correct again, Miss Morgan did indeed create the part on Broadway when it opened at the Ziegfeld Theatre with its producer, Florenz Ziegfeld hiding under the desk. This weekend’s assignment is to find out who was the first black actress to play Julie. No, Josh, you can’t be a few days late. I don’t care how much football you have to play over the weekend I want that report on my desk Monday or there will be spanking. Back to regular programming:

BTW, that first movie version is very, very good with Irene Dunne as Magnolia (- no, gay boy up the back, she did indeed play Magnolia on Broadway but did not create it. Now sit down and stop being annoying and no I have not seen Lady Gaga’s latest anything) breaking into dance for Fish Gotta Swim. If you’ve never seen it you owe it to yourself.

But what a glory Miss Horne was.

I’m trying to make it through this morning and I hear about this :( RIP. She was one classy lady.

@Benedick: Yes, indeed, a glory. And we have one of my favorite Duke Ellington quotes in verification of your assessment. When asked what two things he would take to a desert island, he replied, “The Bible and Lena Horne.”